The problem with Tolkien is...he is too stupid to be a cat! 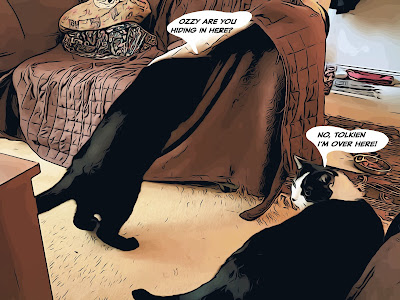