Pfft! Back to normality again....nope I don’t like it and Tolkien is a very strange kitten by the way!


Also you can buy some of my own range of products, the Ozzy Superstar range here too:


Don't forget to check my hoomin's site if you want some advice about cat behaviour...hoomin says that I am really good at giving good advice to hoomins! 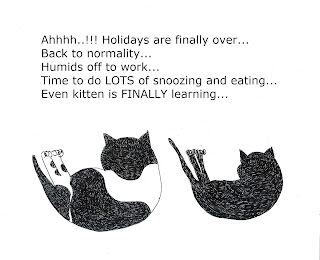